THE LAND SEEN BY THE RIVER,

THE CITY SEEN BY THE RIVER

While the river flows through town, land and nature, how would it see its own surroundings through its eyes as a river.

Looks from the banks of a river, from the shore of a lake, reveal what Gaston Bachelar wrote: 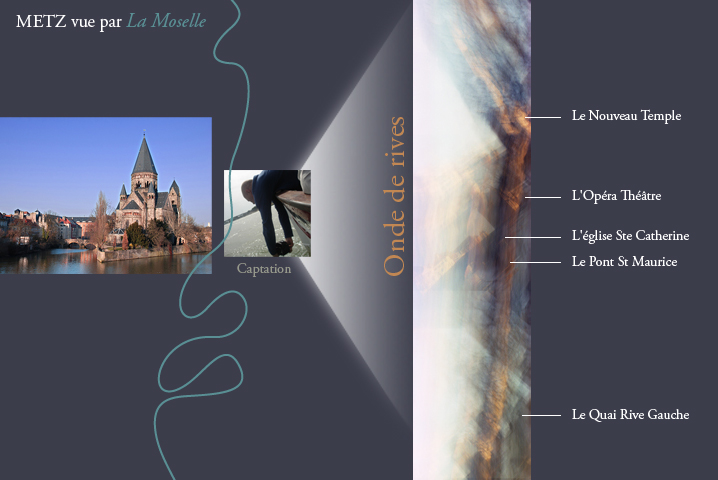 “Be the water. Take the eyes of the river that flows through the city. Put yourself in the river’s place. Write down day and time. Follow the river’s course. Foliage are flashing past, architectural fragments come up. Above, the sky. Catch the pictures of these eyes which see the city, perpendicularly. Grip what is being unfold in front of you. The city, which gets mixed up. Above, the sky. Furtive signs. Ineluctable movements. Sparse colors. Put everything up vertically. The rivers’ look arises. Face-to-face. You are the water. Its reminiscence, its liquid reflection, impressionist. Write down day and time again. Yesterday was other, tomorrow would be different.” Alain Livache 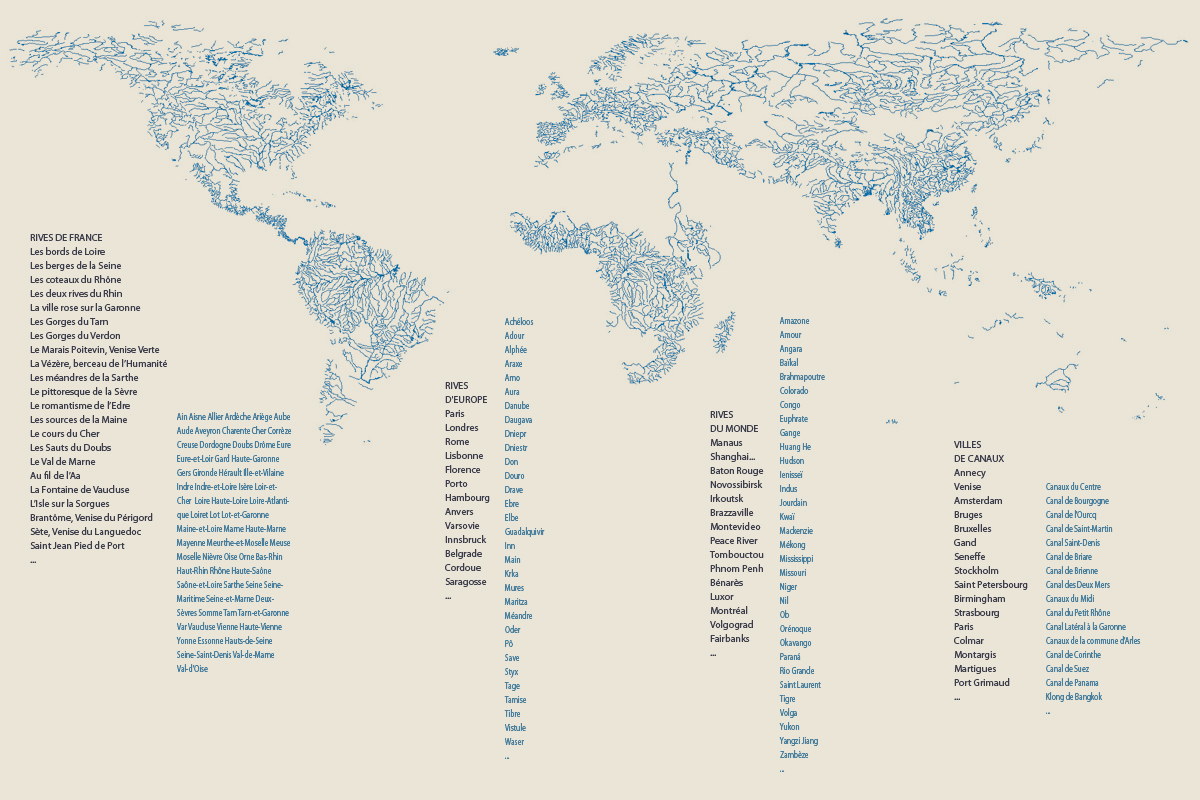