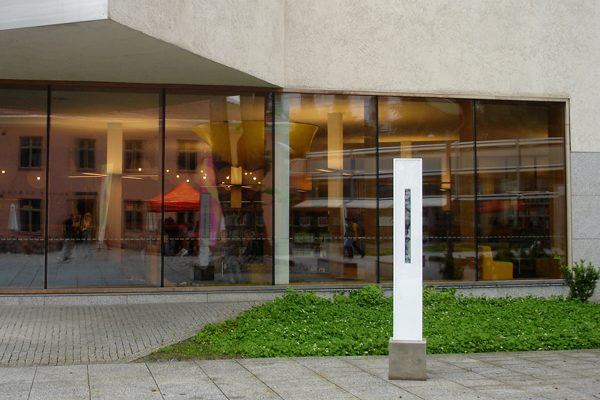 The work is based on the diapositive film took of the river Aura from a moving boat. These diapositive films were installed between plexiglass so that the light reflects through the film. The reflecting light enhances the movement of water in the pictures. This shows how the river, flowing through town, land and nature, sees her own surroundings whirh her own eyes. Marc Limousin has repeated this procedure in several different river systems all over the word, and now also the river Aura has become part of his project. The work was situated in the inner yard of the Main Library in Turku.

Flux Aura is a multidivisional manifestation where artists search new ways to communicate with each other and the environment. The concept allows the artists to make either statements of their ideas concerning environmental questions or to create artwork in a chosen place, following the restrictions and guidelines of that particular place. 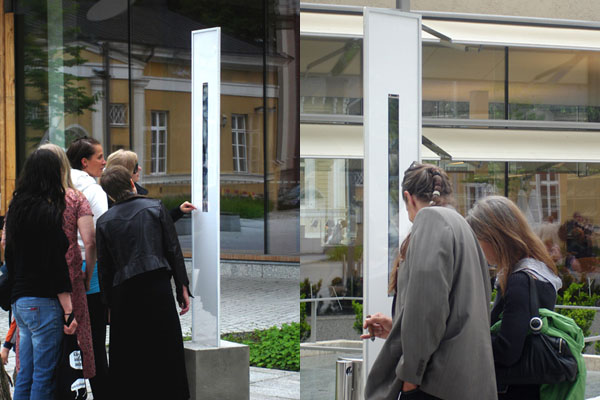 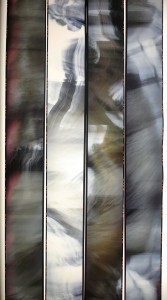